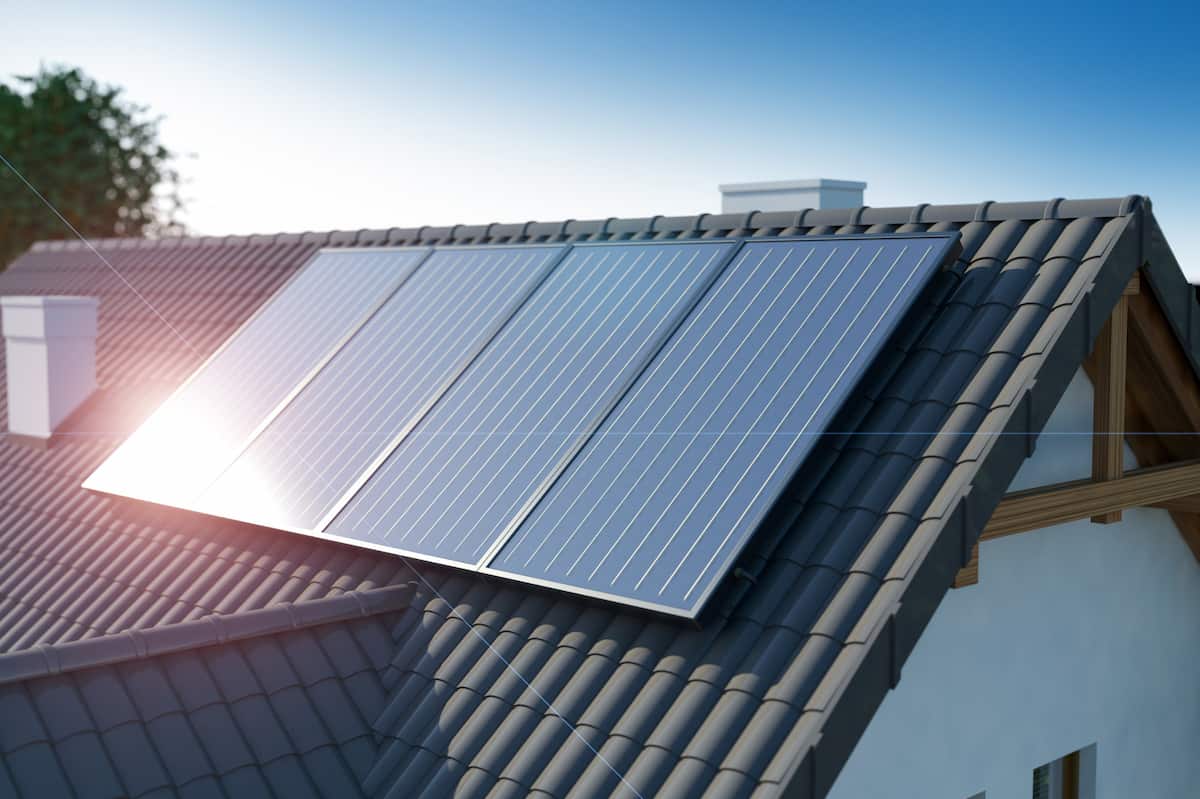 People are always trying to pinch their pennies wherever they can. Homeowners often look to reduce their electric bills for those extra monthly cost-savings. And their concern is well placed; an average American spends nearly $120 per month on electricity.

The best way to save money on electricity is by making some changes around the house. Most of them don’t take much effort at all, but the savings they entail can be drastic.

These are 9 tips for turning your house into an energy efficient home.

Let’s Do Some Math 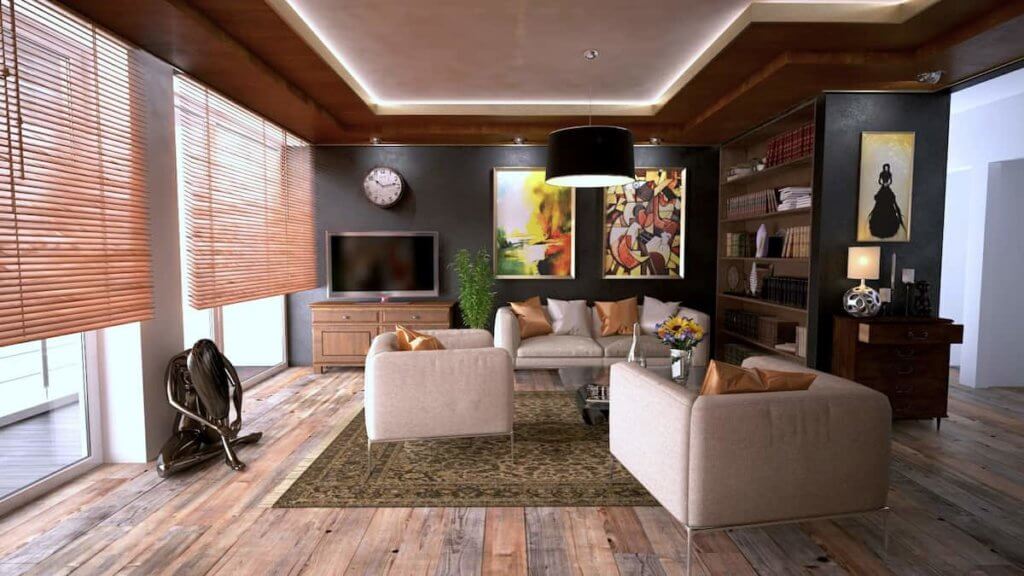 Knowing how much you’re spending per month is useful information to start with. Having a number in your head can incentivize being more efficient. It’s also important to know when you’re budgeting and checking your balances.

Unfortunately, everyone hates math. This math is particularly easy though.

When doing this yourself, you should research the averages in your area. They vary depending on the region. But a national average can be used for example purposes.

On average, a municipality will charge you about 13 cents per kilowatt. A kilowatt is a unit of power, which is the amount of work done by an object over time. The kilo prefix indicates 1,000 units.

So, for instance, let’s say you have an average power-consuming television that uses 200 watts per hour. If you watch it for 3 hours, you would have used 600 watts of power. Dividing this by 1,000 (for kilo-watts), you arrive at .6 kWh.

Multiplying that by the average of 13 cents per kWh would yield 7.8 cents. If you watch television for 3 hours a day for 30 days that’s about $2.40 per month.

You can do this with every appliance and determine exactly how much you’ve spent. The effects are compounding with multiple rooms and appliances per person. 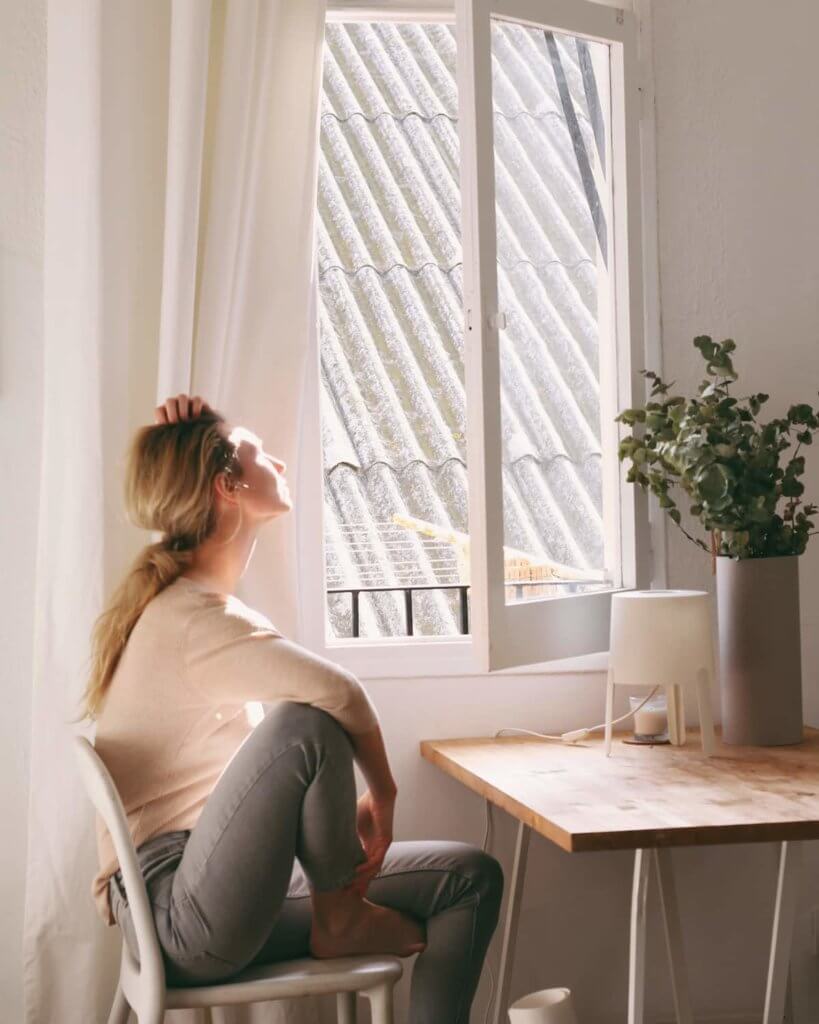 Believe it or not, you’re supposed to caulk the interior of your windows every 5 or so years. Think back, when was the last time you did that or even thought about doing it? It’s been a while.

Air likes to travel as quickly as it can. It’ll escape through the path of least resistance. And when there’s an opening — particularly because you didn’t caulk your windows recently — the air inside your home will escape.

This leads to massive amounts of energy loss when trying to heat or cool your home.

It takes a lot of effort to change the ambient temperature of the air. When your cooling or heating system has to fight against the outside temperature, you’ll be the one fronting the bill.

It’s a very inexpensive improvement that can lead to hundreds of dollars in savings. Not to mention, it’s painless and only needs to be done every half-decade.

Don’t forget to change your air filter on a tri-monthly basis. This can vary, of course, but it shouldn’t be longer than 90 days every time you change it.

The variables include pet dander, how many people are in the house, and your location. If there’s a high volume of sand and dirt near your house, you should change it sooner. If you have a lot of pets or people under your roof, change it every two months.

The air filter is important to the health of your air conditioning unit. The more debris the filter catches, the more difficult it is for your HVAC to ‘breathe.’ The added strain of a dirty air filter will cause your AC to work overtime.

You’ve seen how much it costs to run appliances. Everything adds up rather quickly. This is especially so if the appliances are out of date.

Updating your appliances to be Energy Star compliant will save you a tremendous amount of money. Household goods that are Energy Star approved save approximately 20% on power consumption.

That 50 cents might seem meager, but across many devices, it’ll add up.

About 20% of the power consumption comes from everyday appliances, like televisions and microwaves. If the average American is spending $120 per month, about $40 of that is consumed by appliance use. If you switch to Energy Star goods, it’ll save you about $10 per month. 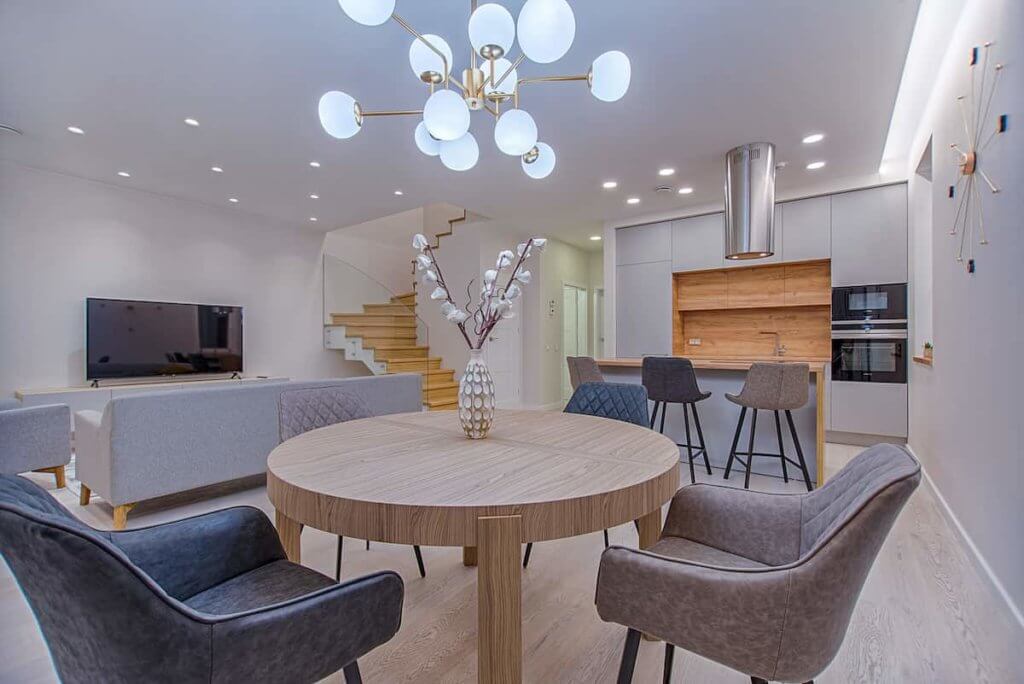 We all leave lights on. It’s our instinct to light up a room when entering it. And it’s almost instinctual to forget to turn it off when leaving that room.

Some older lighting conventions weren’t efficient at all. They used more power than they should have due to physical property constraints. A lot of the energy dissipated through heat.

Remember being afraid to grab a lightbulb because it would be too hot? That’s why.

Switching to a more modern convention, like LED or an Energy Star approved lightbulb will cut away at your bill. Lighting comprises 15-20% of each electric bill.

The upfront costs of changing your lighting might be a barrier to doing so. But don’t let the short-run costs overshadow the long-run benefits.

5. Update Your HVAC In Your Energy Efficient Home

Likely the biggest contributor to your electric bill is the air conditioning. This will fluctuate depending on the region in which you love. Those of you in a warmer climate will pay more per month.

Many homeowners don’t know when to replace their air handlers. They typically live in a house for a shorter amount of time than the lifespan of an AC unit. You should replace an HVAC every decade or decade and a half.

When you do an update, have an inspector look at your ducts. A lot of older designs aren’t as streamlined and efficient as something that’s designed today.

Transitioning away from a municipality may be the best way to save money in the long-run. This is where installing solar panels as an alternative source of renewable energy comes into play. These assemblies of photo-voltaic cells can provide you with the electricity you need without paying more money for the power bills. They also have several other advantages, such as reduced carbon footprint, low maintenance requirements, and protection for the environment.

The only disadvantage of solar panels is their upfront costs. However, there are government subsidies and programs that pay for the panels themselves.

Check with solar providers near you for accurate price indications. Some places are cheaper than others.

Moreover, homeowners that invest in solar panels for their homes can sell power back to the grid, called net metering. Look for an electricity plan that offers solar buyback. That way, you can save money on electricity costs while making your home energy-efficient.

Overall, it’s important to know that moving your house off the grid will decrease your bill proportional to the percentage of your upgrade. Opting for solar energy to produce 50% of your power will reduce your bill by half.

Landscaping is a pastime of homeownership. Everybody grows up to be their parents, and parents love to garden and manicure the lawn.

What people don’t realize is that planting shrubbery and trees can lead to significant cost-savings per month on their electric bills.

Greenery adds a lot of shade, especially if it’s tall trees. That shade has a measurable cooling effect on a household. Under the shade, temperatures can feel like they’re reduced by 15 degrees.

This drastic decrease translates to savings. You won’t have to cool down your home entirely with the AC.

This goes along with caulking your windows and preventing air to escape your home. But insulation has the added benefit of trapping heat and coolness symmetrically across your home.

Having your walls properly insulated prevents any temperature from creating a delta inside your home. A lot of older, drafty houses don’t have adequate insulation, and they can feel hot during the summer and unbearable during the winter.

The insulation in your walls absorbs most of the temperature’s outside energy, preventing it from affecting your eco-friendly home. Buying up-to-date insulation will prevent nearly all thermodynamics escape. 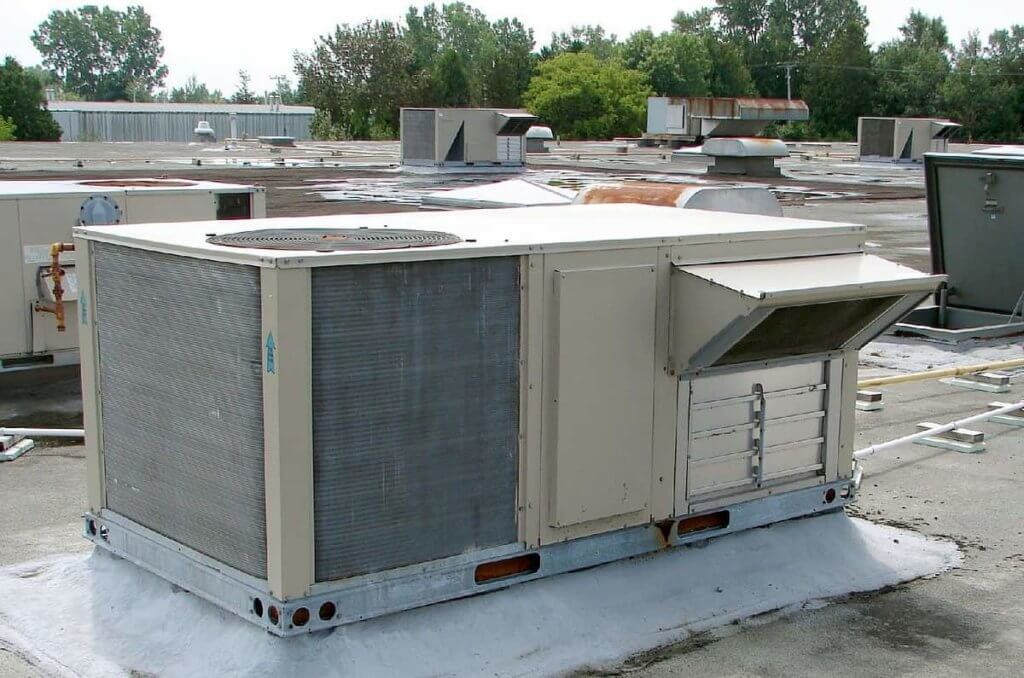 There’s a myth that informs people that it’s less costly to run a portable heater to warm a room. Or, inversely, a fan to cool a room.

Oftentimes, it takes more energy to fully charge a room’s temperature with the use of these appliances. The best practice is to use them in conjunction with your HVAC.

So, during the winter, you should run your heater at a lower rate, but with a supplemental heater. Instead of cooling off with the AC, use a fan and your HVAC together.

Home Is Where the Efficiency Is

Generally, a home with energy-efficiency features has several benefits. For example, it can boost your health by providing a comfortable living space with better indoor quality, resulting in less exposure to allergens and other pollutants that cause diseases. Likewise, it can make your home more long-lasting by spending less money and time on costly repairs and replacements. It can also help enhance the resale value of your residential property. With sustainable building materials and a high level of comfort associated with energy-efficient homes, you can demand a higher asking price for your property when you sell it in the future.

Moreover, an energy-efficient home can have a lower environmental impact as it helps you save on some resources, including electricity. But more importantly, owning an energy efficient home is a pathway to lowering your monthly bills. Saving that little bit here and there adds up exponentially, especially if you practice all of these energy efficiency tips.

You should opt for Energy Star-rated goods, they save. Keep your insulation, caulking, and HVAC up-to-date — and don’t forget to change that air filter. Planting trees, the benefits of solar panels, and using supplemental HVAC devices will also lower your monthly electricity costs.

Interested in saving more on your energy bill? Check out our other articles on making your home more efficient.

The Benefits of Hermetic Sealing Technology 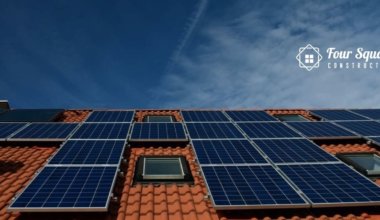 Read More
Table of Contents What is a Tax Credit?What is the Federal Solar Tax Credit?How Do You Find Out…
SSustainability 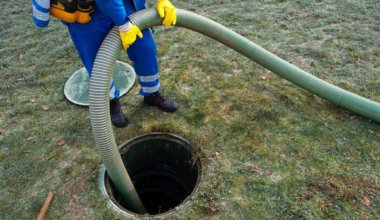 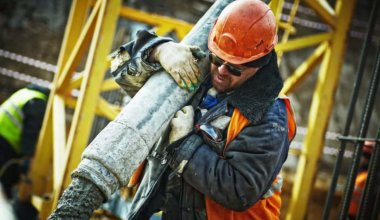 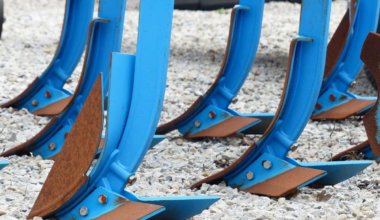 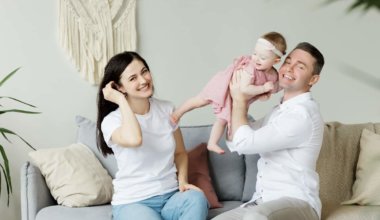 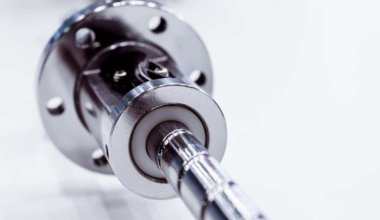